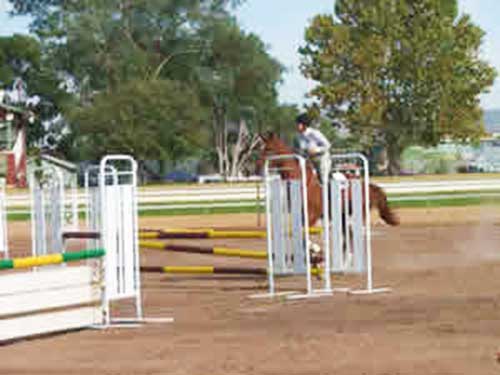 The Wodonga Show Society was formed from a public meeting held on 5th May 1947.

A report, following an inspection of the Wodonga Racecourse, stated the area of it would make an excellent show arena. There has been a Wodonga Show Society and Annual Show ever since 1949, except for 2015.  This will be our 78th show.

The money for the purchase of the showground land was raised by debentures. In 1948 an advertisement in the Border Morning Mail and Sentinel called for applications from persons interested in taking Debentures. By mid 1949 debentures were fully subscribed at £1200 and land had been purchased.

The Wodonga Show Society Inc. is made up of interested community members. These members volunteer to work and plan all year with the purpose of maintaining the Show grounds. They  also put on the Annual Show in March each year. The Society also provides a home ground to several community organisations. This includes Wodonga Pony Club,, Albury/Wodonga Wood Crafters, Albury/Wodonga Pipe band and the Model Railway Club. The Society is always keen to welcome new members.

This will be our 78th Show.  Our President, Mr. Len Hogan was awarded his Life Membership. at our 2019 show,  a well deserved award after 30 years of working tirelessly for the show.